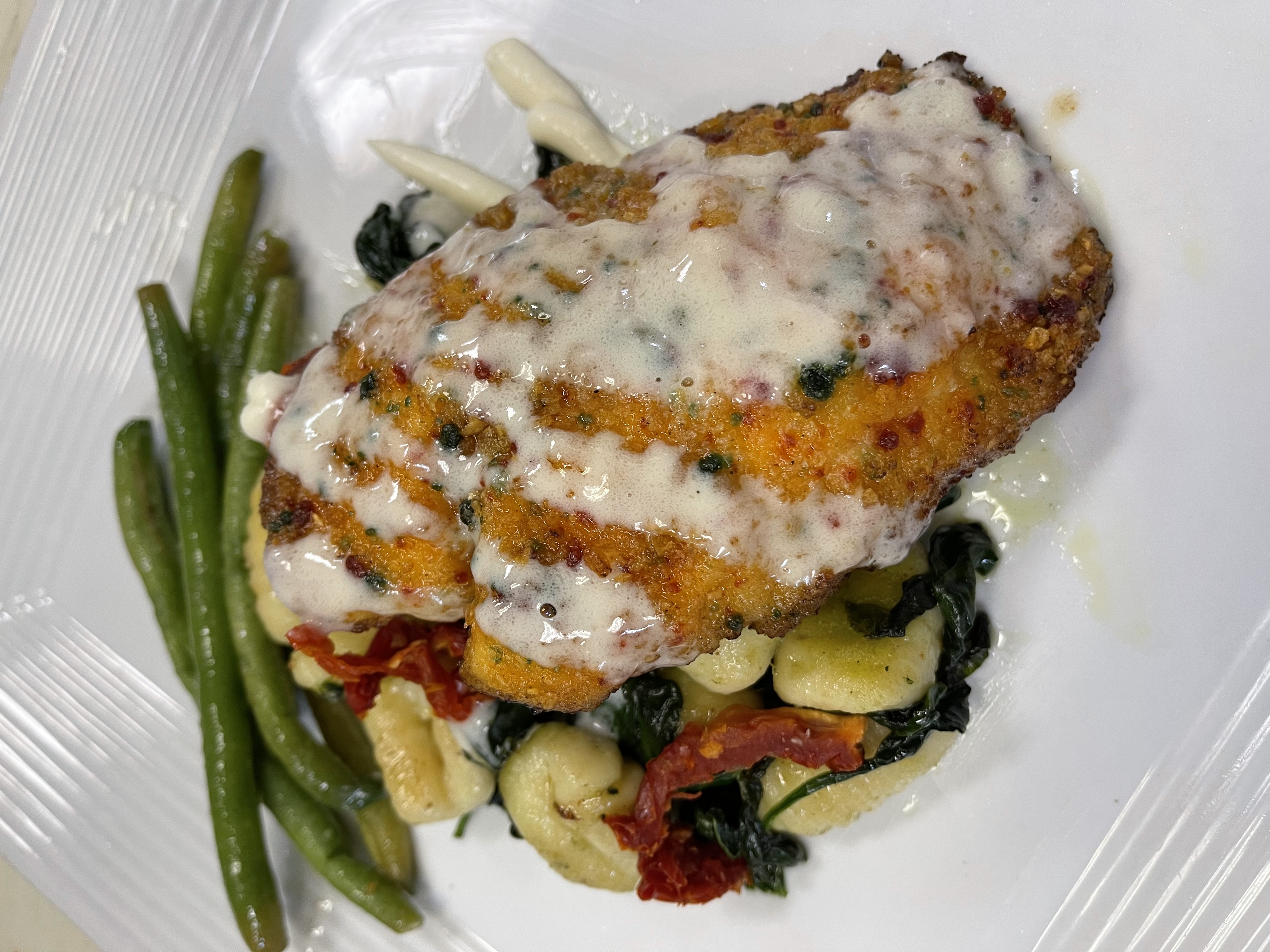 Order your favorite dishes in seconds!

Reservations - We recommend making a reservation ahead of time. Book your table today!

Book Table
Reservations - We recommend making a reservation ahead of time. Book your table today!

Great Wine Selection - We have an amazing and extensive wine selection. We'll help you choose the perfect pairing!

View our menu
Great Wine Selection - We have an amazing and extensive wine selection. We'll help you choose the perfect pairing!

Comfort Food - We've been told we have the best home-cooking and comfort food in town!

View our menu
Comfort Food - We've been told we have the best home-cooking and comfort food in town!

Pasta Runs in Our Family

Dadi and his family were refugees from Bosnia/ Croatia (former Yugoslavia), emigrating in 1997. His father and grandfather were also in the restaurant and hotel business. When he graduated from high school, it was natural to go on to culinary school and don the chef’s toque.

When war erupted in the mid-1990s, a change of venue became the only safe option. Despite the unfortunate circumstances that led to their emigration, Nanut feels lucky to be in America.

Coming from a long line of restaurateurs, Dadi Nanut probably always expected to open his own Italian restaurant one day. It was the Cleveland part that was the twist of fate.

Calling the restaurant business "a genetic tradition" in his family—both his grandparents and great-grandparents were restaurateurs—Nanut attended culinary school in his native Yugoslavia with the full intention of carrying on that tradition.

After 13 years at Rino's Italian Restaurant in Lorain, Nanut opened Ristorante Stella Mia in July 2013 with his wife, Petra, and his parents, Jerry and Adriana. The name comes from the couple's young daughter, Stella, and means "star" in Italian.

Read more about us

Let us cater your next event

Fine food is very important at any event - book catering with us and make sure people talk about your event for a long time!

Pick Up Your Favorite Food

Don`t feel like cooking today? We got you covered - order now!

We ordered delivery tonight. Wow. Just wow. Side salads were simple & crisp. The shrimp basil gnocchi was some of the best I've had. The lasagne was cheesy goodness & the chicken parm was also good. The cannoli & tiramasu were show stoppers. The tiramasu is thick yet delicate. Tastes homemade with the best ingredients...

Bury me in the tortellini de mare so I can eat my way out of it and die fulfilled. This place is amazing. I went for the second time last night and they were poppin for a Tuesday. The manager or host seated us and let us know that they were short staffed and (besides waiting a little longer to put in our main order) you almost wouldn't have known...

We can't believe it took us so long to find this place. By far the best Italian in the area! We order carry out at least once a week from here and have never had a complaint and have never had a bad meal. Our favorites are the pasta amore and pasta carbonara but the chicken marsala and picatta are also delicious. The pasta and meatballs are amazing.

We got takeout for dinner and the food was amazing. Everything came warmed and packaged so nicely. I had the chicken piccata which had a really tasty lemony sauce. My boyfriend had the seafood pizza and loved it! I would get a pizza next time too :) we also had the meatball appetizer (not pictured) which came with three big meatballs and made for a great lunch the next day. Big portions so go hungry!

Had a wonderful safe birthday dinner for my husband and children. Party of 6. Food was excellent and hot. I had the haddock. Light and delicious. Talia our server recommended it. She was a delight. Efficient and friendly. Can't wait to go back. Prices were right also. Nice warm setting too The bar looks like our next stop.